Hark! Do thine eyes deceive thee? Nope…me again! Jon is still dealing with some matters that are taking up his time, attention, and brain waves, so y’all are stuck with me again. And I’m happy to be back! 😀

My inspiration today is coming from Jon’s said matters, though, because being derailed by life is something we all go through. Sometimes it’s a glitch here and there; other times it feels like it’s one thing after another and we wonder if the operator is ever going to let us off the ride. And doesn’t it seem like these things pile up on us when we were on a super productive streak? We’re clipping along, getting shit done, loving the momentum, then…boom…work, family, or general obligations throw us into a tailspin. And you can blow a sexy goodbye kiss to your motivation.

This has been an ongoing theme in my life, but it has felt more pronounced than ever since I started writing my books. For me, being an author of fiction requires a headspace that is unique to anywhere else I’ve ever mentally taken myself. I have to be immersed in the story – see the surroundings, get into the minds of my characters, feel their next moves – and I can’t do that when I’m distracted.

I call these disturbances in the force ‘hiccups.’

There have been far too many hiccups this year, what with the massive global goings on and some personal hurdles I’ve had to overcome.

As an example, I spent the first two months of the year in a writing rut. I couldn’t find my mojo to finish book two and I didn’t want to address my editor’s notes for book one. I ended February telling myself March was going to live up to its axiom, bringing my creative inspiration to me on the reverberations of its mighty roar.

Well, the roar turned to a scream as the pandemic spread. Oooo-kay. Colour me preoccupied.

A month and a half later, self-isolation was now a thing and I was adjusting. Time to get to work.

I had three days…count ‘em – three…of channeling that juju I had been so desperately searching for when I had to put down my prized thoroughbred mare after she delivered a foal. That was a total upheaval as celebration turned to grief within eight hours.

At that point, I sincerely felt like stowing my laptop under the bed to collect dust while I threw my hands up and let the hiccups overtake me.

That’s not how humans are wired, though. Some of us have longer times before a rebound than others, but we’re fighters by nature. Creatives, in particular, will sink deep into the mud of despair, but while we’re gasping for breath, we’ll find a way to tunnel through and turn it into something productive. How long we wallow around in the murky stuff before that happens is another matter entirely.

Through each occurrence, I’ve stopped and asked myself what I can do to avoid getting so far off track in the first place the next time the universe grabs my attention. That frustration is still waiting for an answer, but what I do have at my disposal are some tools I use to nudge me in the right direction when I find myself missing the mark.

This is a staple for me whether I’m working or not. You’ll find music playing in at least one room of my house almost around the clock because, to me, it’s like air. No matter my mood, I need it. I’ve also found that by tuning in to a specific playlist, I can steer my focus to where I want it to be.

Because of this, my tactic has been to create playlists for each book as well as other forms of writing that I do – like blogging!

My playlist for book one is hard rock. Book two is more along the lines of Shinedown and the The Fray. I have yet to decide what will drive book three.

I’ve been a lifelong fitness enthusiast, but I have days like everyone else when I want no part of dragging my ass off the couch to listen to my HIIT instructor. The bitch. Pushing myself to do it, though, can be a total game-changer for the rest of my day.

We’ve all heard the tales of the gloriously giddy endorphin rush we get from physical exertion and, yes, that’s true, but in my world the real benefit comes from the boost it gives to my thought process. Not only can I think about what I want to write when I’m ellipticaling myself to death, but the precision cogitation stays with me for hours afterward.

I happen to be blessed with a longtime friend who is also a writer and she and I can talk for hours about our various hiccups. It often helps to brainstorm and hear what someone else is trying to tackle. Sometimes the simple act of assisting another through a similar experience can guide us on our way to the answers we seek. Other times, it’s as basic as saying our problem out loud.

It never ceases to amaze me how many times I’ve found my own solution just by telling her about my problem. Before she even has a chance to enlighten me with her words of wisdom, I’m well on my way to being cured.

When the other three aforementioned ideas fail, I take my brain to a quiet place of introspection. For me, it’s usually lying down in a dark room. Staring at the ceiling has done wonders for finding my balance.

Sometimes there is music, sometimes silence is what the therapist ordered. Either way, that quiet time when I can close my eyes and visualize where I need to be can almost be a transportive experience.

I will say that if I can’t get my mind to settle within about ten minutes, I usually abandon this method because I know from experience that if I can’t channel my inner zen relatively quickly, it ain’t gonna happen.

(Ain’t’s not a word and I ain’t gonna say it. Sorry. Maybe I should go meditate right now instead of chasing rabbits on Jon’s site.)

Other less specific but frequently employed techniques of mine include sitting outside with an early morning cup of coffee, a late night glass of wine, and, as a last resort, a distracting television show.

What works for one person is going to be different for someone else, but the main goal should be for you to have an arsenal of modi operandi at your disposal. Once you’ve gone through your list a number of times, you’ll start to notice when to try each one. Or perhaps a combination will sometimes be warranted. There’s no right or wrong to this – your endgame is just to feel that ‘click.’

Also, don’t beat yourself up if none of it works and the hiccups persist. It could be life telling you to give in to it for a time. Once you’ve accepted what you’re facing, you can streamline it, compartmentalize, and get on with your next steps.

Or you could just drink water while hanging upside down.

If you’ve made it this far, I thank you again for taking the time to stick with me. And don’t tell Jon I suggested it, but dropping him a kind word of encouragement would be very much appreciated. 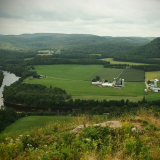 This week, find out what drives Jon to write. I'll give you a hint...there's a six-letter word involved. ❤

I went on a bit of a soul searching exercise on my #blogpost this week. I wanted to delve into why writing and trying to get my books published is so important to me.

Read, enjoy, RT and tell me what drives YOU! I'd love to know.

There is yet another predator in our midst, #WritingCommunity. Even if this doesn't directly apply to you or your genre, I urge you to read this raw, open letter to see the pain these lies are causing. Anyone else doing this, get out of here and get help.